We have upgraded the C3 Lausanne Video setup. A good part of 2014 was deciding what to use, and how to design it to have a very efficient for our usage.

After many researches and comparisons, we went for a Blackmagic Atem 2M/E 4k Switcher.

The main features of the switcher are:

The Switcher is controlled via a M/E 1 Control panel. The ME/2 would have been too big to be easily transportable and for our usage it works well enough with the quick switch function ME1 to ME2.

The switcher is mounted in a customized and fully preconnected flight case with all the rest of the media equipment. It allows a very fast setup with minimum possible error.

The setup is (starting from the top): 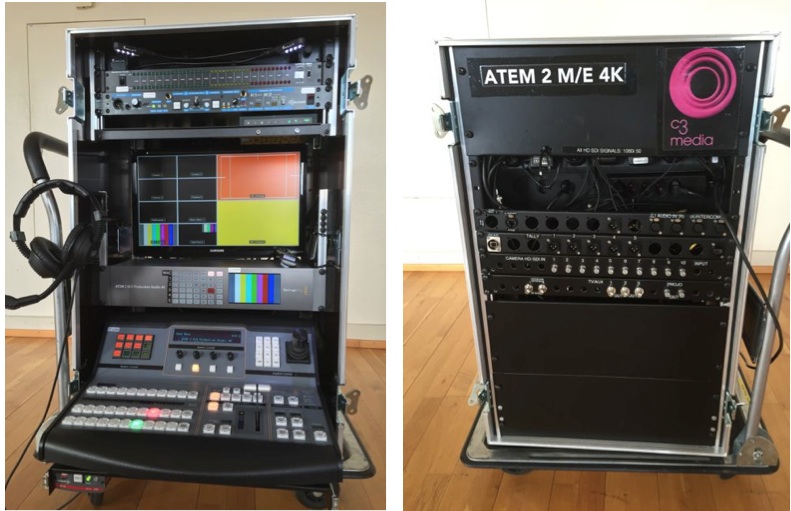 Flight case views (Front and back)

So far it has been brilliant to work with this switcher.

The only down side, has been the HDMI input instability which we are planning to change very soon. The idea is to output the computer via Thunderbolt to a Blackmagic Ultra Studio MiniMonitor in order to connect on the siwtcher using one of the SDI. (see UPDATE below)

And to finish a view during a live production: 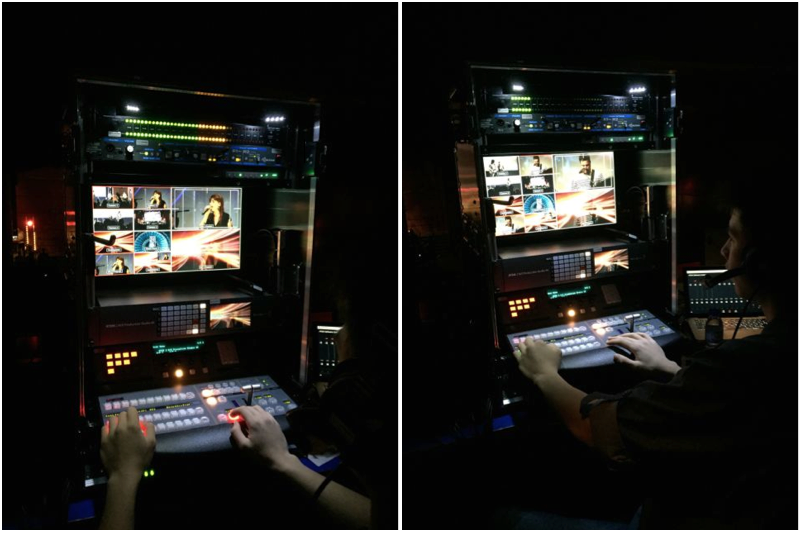 UPDATE (21.01.2015): We are now connecting the computer (MacBook Pro) via a Blackmagic HDMI to SDI converter and all the stability issue have been fixed.

UPDATE (18.10.2015): Confirming above update. no issues anyore with the computer over SDI.

One thing that we noticed and could be also usefull to some users with issues. For some tests, we had the HyperdeckShuttle on top of the ATEM Switcher. When starting or stoping a recording on the SSD, the ATEM froze on some of the inputs and had to be restarted. This also happened twice when we left one of the wireless Intercom (Altair WBP-202) on top of the ATEM switcher. We now do not leave anything wireless of creating magnetic interferences on top of the switcher and since it's all good.